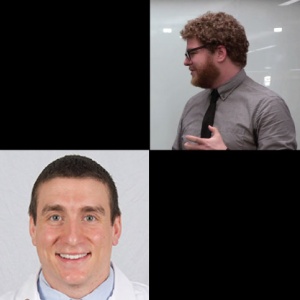 Each winner of the L. B. Sims Award receives a $500 honorarium and a certificate from the Graduate College.

Cale Staley, New London
Cale Staley, a native of New London who received his master’s degree in religious studies in 2015, won the award in the humanities category for his thesis “The Melkisedeq Memoirs: The Social Memory of Melkisedeq through the Second Temple Period,” a study that tracks the literary tradition of the biblical character Melchizedek through Jewish and Christian interpretative circles.

Nicholas Borcherding, Davenport
Nicholas Borcherding, a native of Davenport who earned his master’s degree in pathology in 2014, won the award in the biological and life sciences category for his thesis “Noncanonical Wnt signaling in breast cancer initiation and progression,” a study that focuses on molecular signaling mechanisms in the initiation and progression of breast cancer.

“It’s an unexpected honor to receive the MAGS award,” Borcherding says. “I want to thank Weizhou Zhang, my mentor, and Tom Waldschmidt, my program director, for their excellent guidance. The award is as much a reflection of their excellent mentorship as my work.”