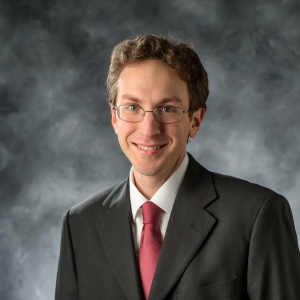 Douglas Dorando has always been inclined toward advocacy.

And, after working on nearly 10 years’ worth of political campaigns during and following his undergraduate career, he was ready to transition into government work.

“I decided the best way to have an impact on how our society works is to go to law school and understand how laws are made and how they function,” Dorando says.

But Dorando, who now works as the City Attorney in Keokuk, Iowa, wasn’t always certain he wanted to practice law.

“Initially, I saw law school as a way to be in government, but not as something I really wanted to do — then I got into law school and I found myself having a lot of fun,” Dorando says. “It was really interesting working with city and county attorneys throughout the state and the county.”

Before law school, Dorando worked as an intern with the Johnson County Attorney’s office, where he created a program to give victims of simple misdemeanors better access to legal resources and information about their rights.

After graduating from the College of Law in 2014, Dorando ran the Johnson County Attorney’s re-election campaign. He was then hired by the Iowa Democratic Party to work as Deputy Director of Voter Protection, which ensures legal compliance for elections including voter access to the polls, and that elections are being administered properly.

Dorando was named the City Attorney of Keokuk in April, and, so far, he says it has merged his interest in law and government work.

“If there’s such thing as a general practice lawyer, a city attorney is the definition. My day to day is so different,” Dorando says. “Some days I’m prosecuting, other days I’m writing a memo on the constitutionality of some part of a project, and the day after that I might be working on a construction contract case. It’s interesting to see how versatile the role is and how it impacts every facet of how a city operates.”

Dorando — who jokingly claims the Midwest as his hometown but grew up in both Ann Arbor and Kansas City — says he chose the College of Law because he fell in love with the Iowa City community when he settled there after college do to campaign work.

But the legal education he received – and the skills he picked up during Trial Advocacy, specifically — helped him decide to practice, and prepared him for the important work he does today.
“I met a lot of very intelligent people who were working on practicing law and that rubs off on you,” Dorando says of the UI College of Law. “You want to become part of that community and continue to work with the people that you meet.”