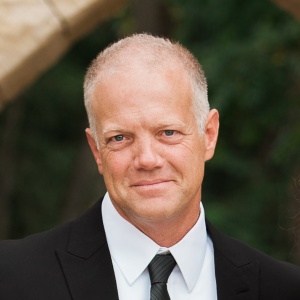 For Greg Hauswirth, a database administrator from Spencer, Iowa, the satisfaction of completing his degree was the motivating force behind going back to school. “My only goal was to complete something that I failed to finish a very long time ago,” says Hauswirth.

Already well-established in the data administration field, Hauswirth has worked for Spencer Hospital since 2006. There, he is responsible for the maintenance of the hospital information systems, SQL server databases, data mining and custom SSRS report writing, interface implementation and maintenance, and software development. With a staff of eight data employees, the workload demands they all wear many hats to get the job done.

A family member and tuition reimbursement program at the hospital provided the nudge Hauswirth needed to get started back on the path to degree completion. Hauswirth began contemplating going back to college about the same time his daughter, Megan Delaney, UI graduate (BBA and BA, May 2012) started her academic career at the University of Iowa. “I thought it would be fun to graduate with her. When I discovered the online degree program, I realized that this goal was very realistic,” Hauswirth explained. “The satisfaction of completing the degree was really the only motivating factor when I started the process. Since then I have found that my career has indeed benefitted.”

Like many Distance and Online Education students, Hauswirth had already completed an associate’s degree (Data Processing, Iowa Lakes Community College, 1985). Though he started at the University of Northern Iowa the following fall semester, for a variety of reasons, he did not complete a degree. As is the case with many nontraditional students, balancing a demanding career with a growing family, spare time was limited. The freedom of the self-paced courses allowed Hauswirth to complete course work at a time that worked for him. According to Hauswirth. “One of my greatest assets at the University was my advisor, Nancy Romine. She was there to help me navigate the course classes and plan my schedules. She encouraged me all along the way, praising me when I succeeded and never judging me when I fell short.”

Hauswirth was challenged by the writing component within some of his course work. “Programmers take a different approach to writing. We pride ourselves in being able to answer a question, solve a problem, or write code as succinctly as possible. Hauswirth added, “Once I discovered what was expected of me at the University of Iowa as it relates to writing, and changed my style, my grades improved.”

Becoming a University of Iowa graduate has had a great impact on Hauswirth. “The feeling of pride and accomplishment is even greater than I imagined, Hauswirth noted. “ I am proud to be a Hawkeye, and I’m hoping my achievement will also be recognized in my next performance review.”