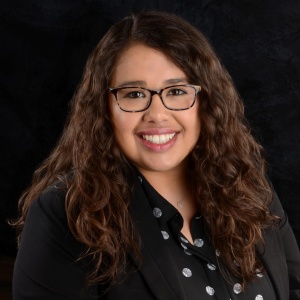 Jessica Salpor, from Pella, Iowa, graduated from the University of Iowa with a Bachelor of Arts in health and human physiology with a Spanish minor in 2016. Her journey has led her to study sciences that deal with viruses, a topic she explored during her first alternative spring break.

Salpor had the unique experience to be a part of the inaugural Alternative Spring Break trip in 2013. The trip went to Memphis, Tennessee, and volunteered with the HIV/AIDs community. After returning from the trip, Salpor was inspired to turn her service work into a career in virology. The following year, she became a student leader for the Memphis trip, and once again enjoyed her time taking on a leadership role while preparing students to serve the HIV/AIDs population.

Salpor says Hawkeye Service Teams was the most impactful organization she was involved in.

“I am so thankful for the public health experiences I had while leading alternative spring break trips and serving alongside fellow Hawkeyes,” Salpor says.

During her time as a Hawkeye undergraduate student, Salpor was involved in many opportunities available to students through the Center for Student Involvement and Leadership (CSIL), including Alpha Delta Pi Sorority, Omicron Delta Kappa, Minority Association of Pre-Health Students (MAPS), and UI Dance Marathon. In addition to these organizations, she also participated in the LeaderShape Institute, Physicians Shadowing Program, Student Leadership Institute, and UI Homecoming Court. Salpor’s commitment to service continued when she led the Dallas, Texas, Alternative Spring Break trips in 2015 and 2016.

Today, Salpor is pursuing a Master of Science in biomedical sciences at Iowa State University with plans to apply to medical school.

“As I prepare for a future in healthcare, I am confident the leadership skills I developed from CSIL programming will help me be a better physician and community member,” Salpor says.