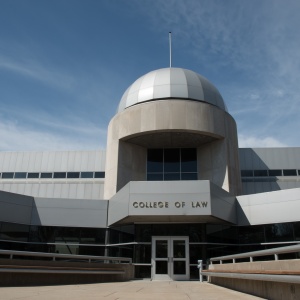 Throughout her career, University of Iowa College of Law professor Josephine Gittler has strived to make her knowledge and expertise not only a resource for Iowa law students, but for lawmakers in Iowa and around the country.

“I think it’s important for bridges to be built between the world of academia and the world of public policymaking and for faculty members to help build those bridges,” Gittler says.

Gittler is the co-founder and director of the National Health Law and Policy Resource Center at Iowa Law, where she has administered federally-funded projects related to maternal and child health and children with special needs and their families. In recent years, Gittler says the center and her efforts have been focused on the aging population, particularly those with Alzheimer’s disease and other forms of dementia. Serving those vulnerable populations, as well as abused, neglected, and abandoned children and individuals with disabilities, has been a common thread throughout Gittler’s career.

“There are vulnerable members of our society who do not have voices, who cannot advocate for themselves,” she says. “Those of us–such as myself–who are in a position to advocate for them have an obligation to do so. I really do believe that all of us–every single person–should be doing that for those who can’t.”

Raised in Ames, Gittler moved to Rochester, New York, as a teen. After completing her undergraduate studies at Barnard College in New York City, Gittler earned her law degree from Northwestern University in 1968. She returned to Iowa in 1973 as the first female member of the Iowa Law faculty.

Shortly after joining Iowa Law, Gittler was asked by the Iowa Legislature to join a legislative committee on penal reform. That led to her serving as special counsel to a two-year legislative study committee focused on a comprehensive revision of the Iowa juvenile code.

“The bill that study committee produced was ultimately enacted and informed the basis for the current juvenile code,” Gittler says.

Upon her return to the Iowa Law, Gittler cofounded the National Health Law and Policy Resource Center with Dr. John MacQueen of the UI College of Medicine in 1981. One significant outcome from the center was the development of a family-centered and community-based approach to services for children with special needs and their families. That work was funded by the U.S. Department of Health and Human Services and declared a national initiative by the U.S. Surgeon General.

Gittler recently served as coordinator and reporter for the Iowa Supreme Court’s Guardianship and Conservatorship Reform Task Force. Made of up more than 70 members throughout Iowa, representing a multitude of stakeholders in the guardianship and conservatorship system, the task force made numerous recommendations to address problems within the system.

As a state employee, Gittler says she believes she has a special obligation to make her experience and expertise available to Iowa’s lawmakers. But even more so, she feels compelled to help those who cannot help themselves.

“We all have an obligation to contribute to the care and protection of vulnerable members of our society,” she says.