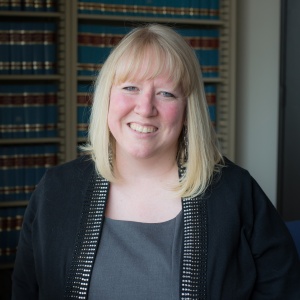 In 2015, the School Administrators of Iowa recognized Julie Trepa, principal at Paul Norton Elementary in Bettendorf, as the Elementary Principal of the Year, no small feat in a state with more than 1,200 elementary schools.

Trepa received her master’s degree in 1999 and her specialist in education degree in 2015, both in the Educational Leadership program at the UI College of Education.

“The College of Education did a phenomenal job of preparing me to be a principal,” Trepa says. “The professors understood the world of administration and challenged us to become educational leaders that championed our students first and foremost.”

Trepa has spent much of her career in the Quad Cities: she is currently in her 14th year as principal, having previously served as associate principal at Bettendorf Middle School and as a special education teacher at Williams Intermediate in Davenport.

Throughout her time as an education leader in eastern Iowa, Trepa has touched countless lives, and her accomplishments include achieving 92 percent proficiency or greater in reading and math across all grade levels.