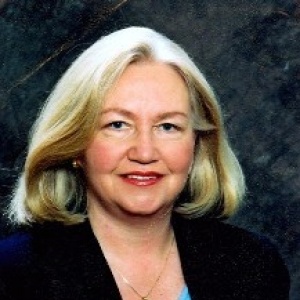 Growing up in Davenport, Dr. Kathryn Kell’s interest in science drew her to dentistry, as did having an uncle and cousin who were dentists. She received her BA in 1974 and her DDS in 1979, both from the UI. After graduation, Dr. Kell joined Dr. R.C. Wienert’s private practice in Davenport. When Dr. Wienert retired, she joined the practice of her good friend and mentor, Dr. C.F. “Larry” Barrett. Since 1995, Dr. Kell has had her own private practice.

Among her many professional accomplishments, Kathryn Kell is proud of her successful dental practice and she appreciates her patients who sometimes include generations of the same family. For Dr. Kell, it is gratifying to know that these long-term patients put their trust in her and consider her a highly regarded dentist.

As a result of volunteering, Dr. Kell pursued an MA in health care administration because she wanted to become more involved with health care. She received her degree from St. Ambrose University and since then, Kathryn has been closely involved with the Federation Dentaire International (FDI), an organization of nearly 200 worldwide dental associations and specialist groups. As one of the oldest health profession groups in the world, it represents more than 1 million dentists internationally and strives to develop health policy and continuing education programs and supports the oral health promotion efforts of member associations. Dr. Kell has served as treasurer for the FDI, is a member of the FDI Executive Committee, is a past FDI Council member as the liaison for North America, is a former chair of the FDI’s Education Committee, and she was responsible for running the FDI annual international congress. She has also served on the FDI Science Committee and the FDI Strategic Planning sessions. Recently, she was elected as President of the FDI World Dental Federation.

Dr. Kell is also involved with the American Dental Association (ADA). She chairs the ADA Committee on International Programs and Development and was a member of the ADA’s officer delegation to Beijing last year. From 2008-2011, Dr. Kell was chair of the ADA Monitoring Committee for the Commission on Dental Accreditation and served on the ADA Board of Trustees from 2004-2008. She has served as the ADA 10th District trustee for Iowa, Minnesota, Nebraska, North Dakota, and South Dakota.