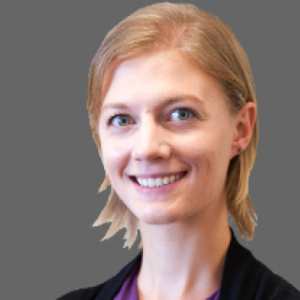 College of Public Health graduate Laurel Whitis spent a good portion of last summer driving a Suburban across Iowa with a precious commodity in tow. She wasn’t transporting jewels or cash, but what many might call “white gold”—donated breast milk to be given to premature babies and infants with special needs.

Human milk is so valuable because it contains immune system boosters and infection-fighting factors, and has unique proteins, fats, carbohydrates, and enzymes that help protect premature infants against potentially life-threatening infections.

As part of a student practicum she completed during her graduate studies, Whitis transported the milk from collection sites in Council Bluffs, Spencer, Sioux City, Dubuque, and other towns. Her practicum was with the Mother’s Milk Bank of Iowa, a nonprofit clinical service that recruits and screens milk donors, collects, pasteurizes, stores, and dispenses donor milk in Iowa and across the nation.

Last September, Whitis helped celebrate the opening of a new milk collection depot at Mahaska Health Partnership in her hometown of Oskaloosa. The depot’s establishment was a major component of her practicum and brings the number of milk collection depots in Iowa to 14. The milk bank also has one location in Omaha and plans to open another depot in Manchester, Iowa.

“It’s remarkable that Laurel was able to open a milk collection depot in Oskaloosa during her practicum,” says Jean Drulis, director and co-founder of the Mother’s Milk Bank of Iowa.

“It will increase participation by more Oskaloosa-area milk donors,” Drulis continues. “It hasn’t been easy for donors in that area since the closest location for milk deliveries was Des Moines or Iowa City.”

Whitis graduated with a Master’s of Public Health (M.P.H.)degree in community and behavioral health in December 2012 and is planning to attend medical school in Iowa.

This is your Hometown Hawkeye.