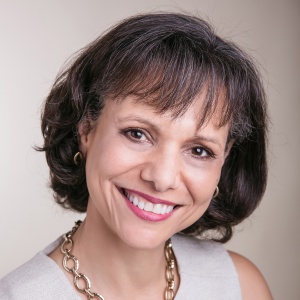 Lisa Segre, PhD, is dedicated to ensuring the mental well-being of new mothers in Iowa.

For more than a decade, Segre, an associate professor in the University of Iowa College of Nursing, has centered her research on evaluating a nurse-delivered depression treatment for new mothers via an intervention called Listening Visits, which was first developed in the United Kingdom before being implemented and evaluated for clinical practice in the United States.

To date, hundreds of Listening Visits have been conducted, gaining a great deal of acclaim for successfully improving interventions and outcomes in the community and in the neonatal intensive care unit. Although she is listed as the primary investigator, Segre fully recognizes the essential contributions from UI students, who have played a vital role in conducting these clinical trials, making the program an advantageous two-way street.

To meet recruitment goals, she needed a bilingual research assistant. Sara Stasik, a graduate student in clinical psychology who fluently speaks Spanish, “saved the day” and traveled with Segre to the homes of the participants.

“Let me paint a clear picture. There we were … Sara talking to the woman (in Spanish) with me crawling around behind her, having a good time occupying the kids,” Segre says. “After the data was collected, Sara also played a key role in data analysis and ultimately became a co-author on the resulting publication. I could not have completed the study without her.”

Undergraduate students have also been vital to Segre’s research program. Many of the women enrolled in her study were not familiar with research. To help them feel more at ease, after each of the study interviews Segre left small, wrapped gifts. This important “personal touch” was time-consuming and challenging to implement.

Megan Leibforth, then an undergraduate nursing student, filled this complex role of managing the gifts. She had to track the age of the children at each interview and make sure gifts were not duplicated. She kept the gift cabinet stocked, and selected and wrapped gifts for each interview.

“It was like Santa’s workshop,” Segre says. “Because of students like Megan, I could provide this type of personal touch. Our participants were at ease, and we had awesome participant retention.”

Segre firmly believes that the experience gained by working on the Listening Visits research team greatly enhanced the students’ educational experiences … potentially improving their career trajectory in the process.

Stasik is now an assistant professor at Knox College in Galesburg, Ill. She continues to collaborate with Segre as she works toward her own tenure. Leibforth completed her BSN, works as a clinical nurse, and is currently enrolled in the college’s graduate level Family Nurse Practitioner program.

“In general, students who become involved in faculty research feel valued and engaged. Working with a faculty member and a research team creates an important personal connection in a large university setting. Students learn to work on a team, develop a sense of responsibility and, knowing that the faculty member depends on them, makes the student feel valued,” she says. “The faculty-student research partnership is a win-win. It’s the ‘hidden part’ of education—the part that makes a big university feel small, and the part that students should not miss.”