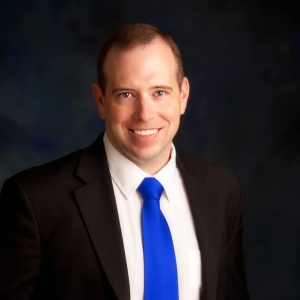 Matt Greiner, from Washington, Iowa, always had big ideas and lived in the fast lane. With dreams to better his father’s company, race cars professionally, and maybe even become a lawyer, he was going to do big things and have fun doing them.

Greiner started his construction company, Matt Greiner Builders, while he was still in college. He was familiar with the construction business, as his father owned Greiner Buildings. After graduating from the University of Iowa with a degree in business administration and a certificate in entrepreneurship, Greiner merged his company with his father’s. Though he became President and CEO of Greiner Buildings, Greiner, an already established entrepreneur and business owner, had dreams to do more.

“I liked leading others and was fascinated with the aspects of creating a great company, developing a brand, and generating profits,” Greiner says. “Lack of quoting efficiency was a major bottle neck and profit killer at Greiner Buildings. So I started Greiner Technology LLC.”

Seeing a gap that needed to be filled, he learned how to program and hired developers to create an online system that cultivates software Greiner Buildings employees use extensively. Greiner Technologies makes Greiner Buildings’ quoting system more efficient and reliable.

“This software helps Greiner Buildings construct people’s dream homes and buildings. Many of these buildings change people’s lives, whether it’s a new home or their place of business,” he says.

With a goal to take his innovative, cloud-based system to the next level, Greiner joined Iowa JPEC’s premiere Venture School in January 2015. There, he developed Greiner Technologies by performing customer discovery and fine-tuning his business model.

As Greiner Buildings’ business has grown – now constructing million dollar structures and opening new branches – he says that his time at the UI has allowed him to be the best leader he can be.

“Learning about entrepreneurship helped me prepare for the fact that, at the end of the day, I’m responsible for everything – the customers, the employees, legal issues, money issues, and people issues,” Greiner says. “My education provided a solid, well rounded, and broad foundation.”