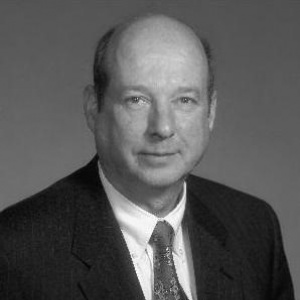 College of Engineering alumnus Robert E. Moulds has had two fascinating, and very diverse careers. He retired as the Vice President of Engineering of Deere & Company in 2006. Since then, he’s devoted his time to another love, his Christmas tree farm, Wapsie Pines Tree Farm, which he started in 1980. The tree farm, located just west of the Wapsipinicon River near Fairbank, Iowa, now has between 30,000-35,000 trees. In addition, he has served as President of the Iowa Christmas Tree Growers Association.

After earning his UI mechanical engineering degree in 1970, Moulds joined the John Deere Product Engineering Center in Waterloo, Iowa, in 1970 as a design and test product engineer.

Moulds continued to work his way up at Deere and was named Vice President in January 1999, responsible for directing advanced technology development and engineering services that support worldwide agricultural, construction, and commercial and consumer equipment design and manufacturing. In his leadership role, he inspired collaboration between Deere-Waterloo and Deere-Mannheim, Germany, laying the foundation of global teamwork that has guided Deere worldwide. He also led the creation of the Deere & Company Technology Council, a worldwide organization instrumental in shaping corporate technology development.

Moulds now works alongside his son, Danny, who owns Kris Kringle’s Trees, a 46-acre farm north of Cedar Falls. The father-son duo shares in an industry that not only thrives, but gives back as well. Wapsi Pines Tree Farm participates in the "Trees for Troops" program. Some of the farm's finest trees are sent out to military bases across the US and world during the holidays.

He also has given generously to assist talented engineering students with scholarships focused on helping 21st century engineers understand how to solve problems for things they cannot see. That is the premise underlying the UI College of Engineering's Virtual International Project Teams (VIPT) course.

Through the power of the Internet, UI engineering students and their peers at the Ecole Polytechnique Universitaire de Marseilles meet for class, tackle engineering problems collaboratively, and become friends. Each student team must work with a student team from the other institution, an approach that enhances the challenge of collaborating effectively and provides a unique cross-cultural experience.