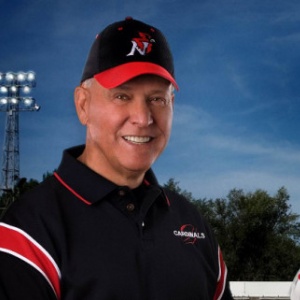 Thomas Jessen’s decision to pursue a career in medicine followed the influence of his time as an undergraduate student at the University of Iowa.

“Opportunity was everywhere, and leadership from the professors was remarkable,” says Jessen, a retired family physician in Newton.

After earning his bachelor’s and medical degrees at the UI and completing an internship and rotating residency at Butterworth Hospital in Grand Rapids, Mich., Jessen returned to Iowa to practice family medicine—a perfect fit for the community-oriented physician.

“I was able for 40 years to provide day-to-day, continuous medical care for a large number of patients,” says Jessen. “Those patients were able to receive quality care in a loving environment. That care was readily available and affordable. No person was rejected.”

Throughout his career, Jessen’s dedication to his patients and community has not gone unnoticed.

“Dr. Thomas Jessen is one of the few remaining doctors who, in effect, carries a black bag and makes house calls,” says Robert Suckow, a patient and friend who nominated Jessen for a Distinguished Alumni Award from the UI Carver College of Medicine, which he received last year.

Despite the continual care he already afforded his patients, as well as the service he provided as a volunteer at the Jasper County free medical clinic, Jessen’s expertise as a health care provider extended even further—he also spent much of his career serving as the Newton High School football team physician.

“For 37 years, I attended essentially all of the football games, in town and away, of both the varsity and sophomore teams at the high school. Needless to say, I gained much experience and benefited much from the opportunity,” says Jessen. “Those young men and coaches added much to my life.”

Jessen is known in the Newton community for going the extra mile for anyone in need, including the high school students.

“I personally have taken players to his home for evaluation countless times,” says patient and former Newton Senior High School football coach John Jenkins. “On the sideline, he could be found filling water bottles, making sure players are hydrated, and doing everything he could to make sure the team was well taken care of.

“Our team motto is ‘Character first, last, and always,’ and he sets an example of this every day,” adds Jenkins. “The best kind of leader I know is one who leads by example, and that is Doc.”