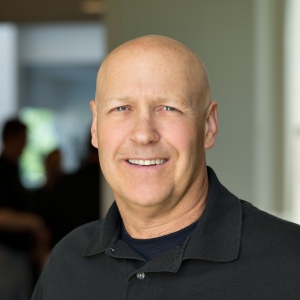 In addition to being a world-renowned researcher at the University of Iowa,  Tom Casavant embraces his roots as a native Iowan.

His professional pedigree is long and deeply entrenched in a fusion of engineering and medical disciplines, including bioinformatics, computational biology, genome sequence analysis, software tools for human disease mutation identification, and computer architecture. Casavant held the Roy J. Carver, Jr. Chair in Bioinformatics and Computational Biology from 2005-2017, and he is a professor of biomedical engineering, electrical and computer engineering, and genetics. He directs the UI Center for Bioinformatics and Computational Biology and the Department of Electrical and Computer Engineering’s Parallel Processing Laboratory, is associate director of bioinformatics in the UI Holden Comprehensive Cancer Center, is a member of the UI Coordinated Laboratory for Computational Genomics, and is affiliated with the Iowa Informatics Initiative.

“I came to the University of Iowa in 1980 with no idea about the impact it would have on my life and the life of my family," Casavant says. "I moved here from Sioux City as an undergraduate, two days after marrying my high school sweetheart, Karen Huser. We met at East High School in Sioux City, which had provided me with outstanding preparation for my undergraduate studies. Claire Dirks, my calculus teacher at East played a pivotal role in guiding me to engineering studies, and inspiring me become a teacher as well. “

The result? He holds three degrees from the UI—a BS degree in computer science, and MS and PhD degrees in electrical and computer engineering. Plus, Karen and he have been married now 37 years, and have lived 30 of those years in Iowa City.

He’s co-founder of BIO::NEOS, a successful spin-out company of the University of Iowa that provides innovative software solutions to all areas of the life sciences.

He’s been an avid cycler crossing the state of Iowa on RAGBRAI—11 complete rides since 1987.

Give Casavant a challenge and he delivers.

Casavant has led computational molecular biology efforts in gene discovery, mapping, and disease gene identification and isolation. He has been active in the Human Genome Project and has developed systems and tools for computational molecular biology, gene discovery, mapping, and disease identification. They include two tools for the management and analysis of genetic linkage data, and numerous programs for gene discovery and novelty analysis. He has published extensively with over 200 papers on parallel processing and distributed computing, as well as genomics and computational biology.

“I chose the UI because of the new interactive computers that had recently been purchased and installed,” he says. “I was a math and computer science major and that impressed me. I originally visited the campus in spring of 1980 and met then professor of computer science Bill Decker. That further impressed me that Iowa was an exciting place to study state of the art computer science.

“I finished my undergraduate degree in 1982 and went straight into the master’s program in electrical engineering," he says. "Professor Norbert Malik was my instructor in a senior elective course and suggested I consider graduate school. I finished my MS in 1984 and then spent a summer at Bell Labs in Naperville, Illinois. That experience was made possible by a reference provided me by then chair of electrical engineering, Sudhakar Reddy. I returned to Iowa that fall to get my PhD degree.”

After graduating, he started his career as a professor at Purdue University, returned to Iowa in 1989 to be closer to family, and “because of my love of the University of Iowa.”

Casavant exemplifies an Iowan who benefitted from a superb Iowa education, from grade school through doctoral studies; passionately returned to his roots; and has contributed significantly at the highest levels in a broad cross section of engineering and medical fields—all by remaining true to being a Hawkeye.