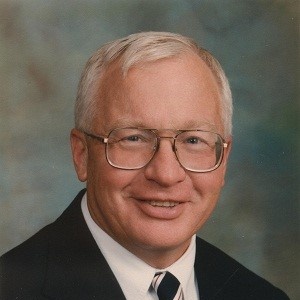 William D. Ashton is a member of a distinguished family with deep roots in The University of Iowa College of Engineering. Following in the footsteps of his father, Frank W. Ashton, Chief Engineer for the U.S. Army Corps of Engineers, Rock Island Arsenal, and his uncle Edward L. “Ned” Ashton, Professor of Civil Engineering at the University of Iowa, William Ashton has become a highly respected ambassador for the field of engineering, most recently as president of Ashton Engineering.

A native of Davenport, Ashton earned two degrees (BS 1962, MS 1963 in Civil Engineering) at the University of Iowa, also excelling in track and cross country. After graduation, he returned to the Quad Cities, serving as Chief of the Structural Design Section of the Rock Island Corps of Engineers. In 1970, he was responsible for the 2,600 foot Milwaukee Railroad Bridge over the Iowa Saylorville Reservoir, earning him Quad City Engineer of the Year. He also oversaw engineering of the Iowa River Bridge on U.S. Highway 20 near Steamboat Rock, Iowa, one of the first sites chosen in the U.S. to use steel superstructure spans with welded plate girder beams. His work has extended to locks and dams, and rivers and harbors throughout the U.S., as well as international locations such as Nairobi, India, and Ghana where his water projects have brought life to parched communities.

Ashton received the U.S. Department of the Army Meritorious Civilian Service Award in 1974 and the Department of the Army Certificate of Appreciation from the Chief of Engineering in 1978. He has given his expertise back as a member of the Iowa Engineering Society Engineering Education Committee. He has served as a Junior Achievement lecturer and project advisor, member of the Board of Directors of the Scott County (IA) Board of Human Resources, Commissioner for the Scott County Veterans Affairs, Ducks Unlimited, Waterfowl USA, and Friends of Vander Veer Park.

Ashton is a leader in Rotary International and the Rotary Club of Davenport, Iowa, serving as a board member and President. He led fellow Rotarians on a service trip to India to assist with a National Immunization Day against Polio. He also has taken Rotarians to Guatemala for Adopt a Village in Guatemala. There, he used his extensive engineering background to design rainwater capture systems. In addition, Ashton has assisted numerous other Rotary Clubs on projects and provided training to the Rotary Foundation of Chicago for its staff.